_I originally wrote the following for my Chainline Newsletter, but I continue to get tweets about this idea, so I'm re-publishing the article here on my blog. This version has been lightly edited._
I've been thinking about the consequences of the "wrong abstraction." My RailsConf 2014 "all the little things" talk included a section where I asserted:

duplication is far cheaper than the wrong abstraction

And in the summary, I went on to advise:

prefer duplication over the wrong abstraction

This small section of a much bigger talk invoked a surprisingly strong reaction. A few folks suggested that I had lost my mind, but many more expressed sentiments along the lines of: 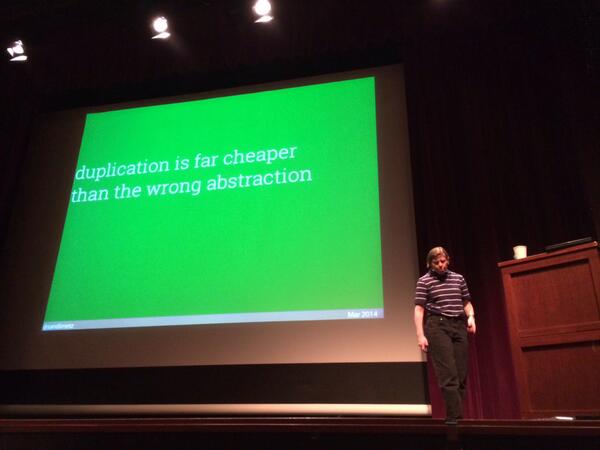 Twitter Ads info and privacy
The strength of the reaction made me realize just how widespread and intractable the "wrong abstraction" problem is. I started asking questions and came to see the following pattern:

Coding and Learning Should Never Stop, Open Sourcing is Caring